Written by: on June 18, 2015Tags: Careers, Day in the life of, Inspiration, Role Model, Women in Tech

Alex has been a software developer working on commercial websites for around 6 years. She currently works from home for a San Fransisco based company called Bandcamp. Alex is also our coding tutor and leads our technical courses for women. We interviewed her to see what it was like working for a company on the other side of the world and asked her what it’s like working as a female developer… 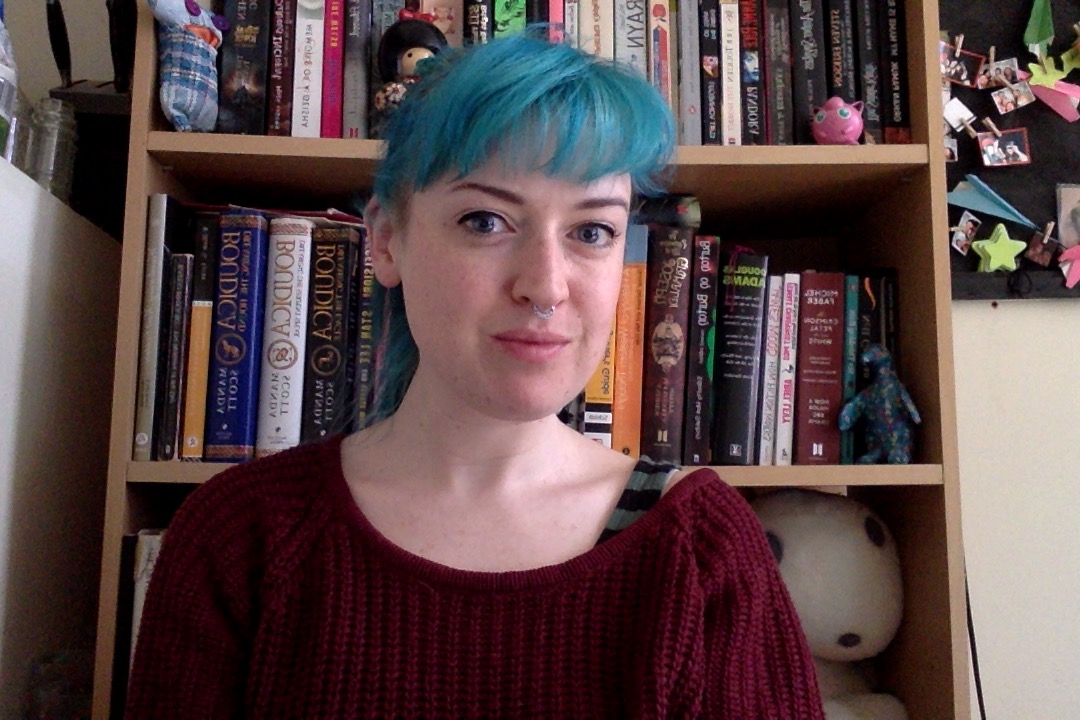 Bandcamp is many things! Mostly it’s a music website built on the guiding principle that people who love music will pay for it if they know that their money is going directly to the artists who made it. To a lot of people that might sound like crazy optimism, but actually we’re going from strength to strength. So that optimism has been vindicated, and we can all feel a little better about our fellow humans.

In practice it has two strings to its bow – firstly it’s a platform where independent musicians or labels can sign up and create a clean, simple, reliable web presence for themselves. They can upload their music and we’ll convert it into multiple formats of various qualities, and make it available to the public to pay for and download. We take a relatively small cut of the payments, and the rest goes straight to the artist.

The second string is for fans. We have search and discover functionality, and fan accounts where users display the music that they’ve bought through the site. This side of things was my route in to Bandcamp. As a fan of underground and independent musicians I wanted to be able to simply and easily pay for music from these little known artists who either struggle to make a living from music, or who don’t ever plan to leave their day jobs but commit time and effort to creating and performing for the joy of it. We do have larger artists on the site, for instance recently we’ve been very excited to see the likes of Thom Yorke and Sufjan Stevens come on board. But largely we’re about giving fans a way to support musicians who won’t necessarily have access to major label contracts, or television and radio exposure.

As a regular user of the site and a fan of what they do it was a bit of a dream come true to get a job there!

Tell us about your day to day routine whilst working for a company over in San Fransisco?

I’ve heard the phrase “virtual company” used to describe Bandcamp. We do have a head office in San Fransisco, but only a handful of staff actually live in that area. The majority or our 25-30 staff are spread out across 9 different timezones. As a result my routine is hard to describe. What time I start or finish work often depends on who I need to talk to or collaborate with, and what time zone they’re in. Generally I aim to start at 10am and finish before 8pm, but that can run later if I’m helping to get something important out onto the site.

We use Slack – the real-time messaging software – to communicate with each other. We have several different channels, or chat rooms, set up for different topics. For instance each project will have a channel, each team will have a channel, and then there’s a channel for more sociable chat and funny or interesting links from around the web. We can private message with each other as well. This is how the majority of our communicating is done.

On Mondays, Wednesdays, and Fridays we have a full developer team meeting. We currently use Google Hangouts, so we can all see each other via web cam (or sometimes our pets, if they feel like showing off). These “dev hangs” are used to catch up on what we’re all doing that week, to discus interesting technical problems, or describe new features that we’ve been working on.

Once a year we have a full company meet up. We all get to work in the same physical space for 4-5 days. We have sessions on what’s coming up project-wise this year, discus things that have happened in the last year, and consider how we can improve various aspects of how we work. In the evenings we do social things; going for dinner and drinks, just getting to know the people we interact with online every day. I’ve found it really helps with text communication when you know what someone’s like in person. It helps to fill out the context behind someone’s words.

The company definitely has a culture of its own, despite the remote working. There’s a communal sense of commitment and good will, and of course a lot of humour and in-jokes. This, coupled with the trust that’s given to all of us to manage our own time and workload, are the elements that I feel a virtual company vitally needs.

As a child, did you know you were going to end up in the tech scene? What did you want to do when you were grown up?

As a child I had no idea where I would end up. I was definitely a geek about a lot of things. I went through phases with various obsessions – astronomy, egyptology, palaeontology, the tudor period of english history – I could list Henry VII’s wives and brief synopses of their reigns when I was about 8. But I actually always wanted to be a Palaeontologist, because I was fascinated by dinosaurs for a long time!

What inspired you to have a career in Tech?

As a teenager I was really into Dragon Ball. At the time there was this thriving online community of fan websites covering various aspects of the show and the manga – which I really wanted to be a part of. So aged about 17 I learned HTML from a series of web tutorials, and built a site… and told no one in my real life about it because I was afraid that they’d mock me.

After my teenage forays into web design I went off to uni to study Psychology and Philosophy, and forgot all about technology for a while. I got my degree, and then I was a bit lost. I worked in various admin roles in HR, and then in construction for a couple of years. I really didn’t like working in construction, the nature of the job can mean travelling around the country from project to project, and I didn’t really want to leave Liverpool.

I was coming to the end of a project and wanted out, and around then I realised that in all of my various jobs the thing that I had enjoyed most was working with whatever systems and technology that they were using. Also my dad is a programmer, and my mum is a manager and analyst for IT projects, so I already had a vague idea of what the industry involved.

How did you progress and learn the skills you need to work in this industry?

Near the end of my construction days I bought a text book called C++: A Beginner’s Guide, and I really enjoyed working through the exercises and learning to code software. Encouraged by that and my early experiences with building websites, I applied for a masters in Computer Science at Liverpool University. They run a conversion course designed for people who have a degree in a different subject but want to augment their knowledge with some programming skills, which was ideal for me. I got myself a Career Development Loan from the Coop bank to support me while I studied, and thoroughly enjoyed my year of being a student again.

As it stands the industry is crying out for talented programmers. I’d taken to coding very happily and before I’d handed in my dissertation and officially graduated I’d started a graduate job at AutoTrader, writing and maintaining Java web applications. There I was very fortunate to be surrounded by many intelligent, generous, and supportive developers and managers. That job really helped me learn the ropes of the industry and become a competent coder, as opposed to an enthusiastic amateur.

What is your favourite thing about your job?

When my manager let me know that I was hired he said “welcome to the best job you’ll ever have”, and so far he hasn’t been wrong. There are so many things that I’m grateful for every day. I admire the aims and integrity of the company I work for. I love the people I work with. I love the flexibility that my job offers me – I can work anywhere where there’s WiFi. I love working from home most days, having a commute that’s a short walk from my bed to my desk, and being able to cook my lunch in my own kitchen! I also just love problem solving and the feeling you get from writing a few lines of code and seeing that physically manifest itself as a cool new feature on the site. In practice it’s not always as easy as that. It can sometimes be frustrating, but the feeling you get when you have a moment of clarity which solves the whole tangled problem you’ve been wrestling with, or when it just finally works, makes it all worthwhile.

What would you say to women who want to enter this Industry?

Do it! There’s so much cool stuff to learn and make and do, and currently too few women are getting in on that fun. Secondly, if you do get in to the industry and you find yourself the only woman on a team, don’t let it phase you. I’m sure there are a lot of women for whom this isn’t even a concern, but it has gotten to me in the past. I used to feel like my failures would be pinned on my gender, and that I had to work extra hard because I was representing women in my field, but this industry is full of smart people who just care about the strength of your ideas and the quality of your code. If you enjoy what you do, you will do wonderfully.