A day in the life of a Northcoder

Written by: on August 1, 2019Tags: Careers, Day in the life of, Feminist, Inspiration, Meet the Members, Role Model, Women in Tech

Our proud member Northcoders run a 12-week intensive coding bootcamp like no other, securing starting salaries for their graduates averaging at around £25,000. We wanted to find out about their bespoke training programme from a student’s perspective. 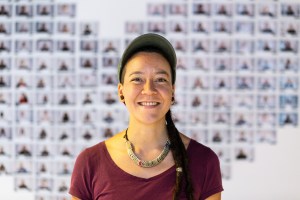 We spoke to Turiya, a current Northcoders student, to find out what it’s really like to be a Northcoder.

As a bit of an icebreaker can you tell us an interesting hobby of yours?

I’m a bit of a motorbike nerd. I like travelling around the globe by motorbike, my last trip was to Morocco which was amazing.

When I was younger it was a really exciting time of evolution and development in the tech industry and as time has gone by and more development has been made, it’s become even more exciting. I have a lot of interests and passions and every single one of them I can relate to tech. I am a firm believer that you can tie your passions to your career path. I’m a musician and I would really like to look into production and developing music software.

What’s your coding story and what drew you to Northcoders?

I’ve always been drawn to coding since I was a child, but I never had the opportunity to learn it. It just wasn’t made available to me when I was young. I went into other things so my career so far has been varied. It worked out quite well that I was looking for a change about a year ago and I got talking to a friend who was on one of the first cohorts at Northcoders. He told me all about Northcoders and he couldn’t say enough good things about it.

It helped a lot that he’d given me an honest opinion about it. I thought it sounded really interesting and I really wanted to get into tech. It was at this point that I realised it was possible and I started thinking about it properly. Prior to that I didn’t think it was possible. And now I’m here! It feels like there’s still a long way to go but I now see that having a job in a tech company is an attainable goal and that’s really exciting.

Is this the first time you’ve ever attempted to code?

I’ve never had the time to do it in the past but knowing I had a place at Northcoders gave me the opportunity to devote some time to it. Before you come on the course you have to take a technical test and as soon as I passed that I realised I had what it takes and it’s been so much fun.

How far along are you in the programme?

I’m on the third of the six modules. I’m studying how to build the back-end and server of a site. I’m in everyday from 8:30 – 17:30. It’s quite a full on day. Just the sheer amount of information I’ve had to take in has been unlike anything else, it’s been intense. I haven’t fully taken it all in yet but it’s there.

We work on our projects in the afternoon, at the moment they’re exercises, but soon we’ll be starting on our full projects that become part of our portfolio. Currently I’m building a cut down version of IMDb. I think the process of trying to build something, without knowing that much about it, is key because that’s what it’s going to be like when we’re working as developers. You’ve got the whole of the internet at your disposal but knowing how to read documentation, google things and teach yourself is important. The teachers here really do encourage us to learn for ourselves, as much as they’re there to guide us, they’re always on hand to give us a helpful tip. It’s really rewarding when you do finally build something that works.

What does a normal day look like for you as a Northcoders student?

At the moment I have a lecture in the morning for an hour and a half. Then I have a task to complete (called a sprint). It can be a day or a two day sprint, where we put into practice the focus of the lecture. Sometimes we work on these sprints solo or in pairs. It’s good to get the opportunity to work in pairs because that’s how a lot of companies and programmers work in industry. Even when we’re working on our own we help each other out. Pretty much the rest of the day is spent on these sprints. It’s really focused on the practical side of learning.

What’s your favourite thing about Northcoders?

One of the great things about Northcoders is that their ethos is very student centred and community orientated. There’s a really great community of people here. You don’t lose touch with Northcoders once you find a job. They encourage you to come back to events and remain part of the community. They really care about accessibility, for example, they run scholarships to help women and people from diverse communities to get onto the course. This is something I really admire.

I used to think that to get into coding you have to have a certain type of brain but you don’t. All it takes is dedication because it takes time, but anyone can learn it.

The teaching quality is exceptional. Two things that make a good teacher are passion and knowing what you’re talking about and all the teachers here have both of those down to a T.

Can you share with us any of your role models?

I have so many, it’s difficult to pick. I was previously involved in humanitarian work and I follow a programmer called Vinay Gupta who invented an emergency structure to help house displaced people and refugees. He’s also done a lot of things in the open source movement and he was a pioneer at the start of it. I respect him because his motive behind everything is to change the world for good in positive ways, many of which end up being quite geeky and technical but they’re still really important.

Any top tips for women going into tech or women wanting a career change?

You’ve got to make use of what’s out there in terms of resources. I think the free code camps are a really good place for beginners. I did that before this. You’ve got to have dedication as it’s a lot of work and it takes time. But if you have the dedication it’s not an obstacle. Just go for it. The tech scene is changing, it’s grown up and it’s starting to become more diverse.

Find out more and apply to be part of the next Northcoders programme here.