What use would it be arming girls with the skills to navigate the tech world, if they weren’t inspired to work in the industry?

Inspiring the girls that we work with is hugely important to us. We want them to be able to envision a career in tech for themselves, as much as anyone else, and there is no better way to do this than to collaborate with real women.

Browsing Tik Tok on a lazy Sunday (If you know, you know!) I came across 18-year-old US-based computer science student, Alexis Denise Williams. In her videos, Alexis documents her day to day life as a woman navigating the world of tech. She highlights her triumphs and struggles in the most hilarious ways possible.

One video in, and I knew I just had to get to know her!  International Women’s Day was coming up, and I thought it would be great to get some of her insights to mark the occasion.

With such a large presence on the app, I wasn’t sure whether I was going to get a reply, but a few minutes later I was excited to receive a message back  – and the rest is history!

Ok, so let’s start with some quickfire questions!

I can’t choose! I think both show very different sides of who I am.

This one is hard, but probably Netflix.

It’s really exciting to be collaborating with someone across the pond – where exactly did you grow up?

I grew up in a very small town in Northern New Jersey. My town was situated near a National Wildlife Refuge which I feel like was a really important aspect of my childhood. I think nature became a super formative part of how I grew up.

When did your interest in tech start, and what was it that interested you?

My interest in tech, most notably, started in the summer after ninth grade of high school. I did an Army Education Outreach Program (AEOP) that was akin to a program like Girls Who Code, at the New Jersey Institute of Technology’s Pre-College Summer Program. There I picked up the principle concepts of coding and computer science fairly quickly and by the end of the program, I prototyped a prosthetic hand using Arduino. I think that the rate of mastery is what enticed me into the world of computer science. The idea that you can pick up these fundamental ideas to create some physical product was insanely cool to me. I had always been the type of person who liked to take things apart and rebuild them. I seemed to always be building things and creating so naturally, I felt really at home when I found a place to apply that.

The program where I first learned how to code was an extremely supportive one. I was also very lucky to be in a space that was all-girls with a professor who was extraordinarily passionate about getting women into computer science. I was constantly challenged with new materials when I needed to be and never felt limited in the questions I could ask in class. In my early experiences with computer science, I never felt limited and definitely not because of my gender. 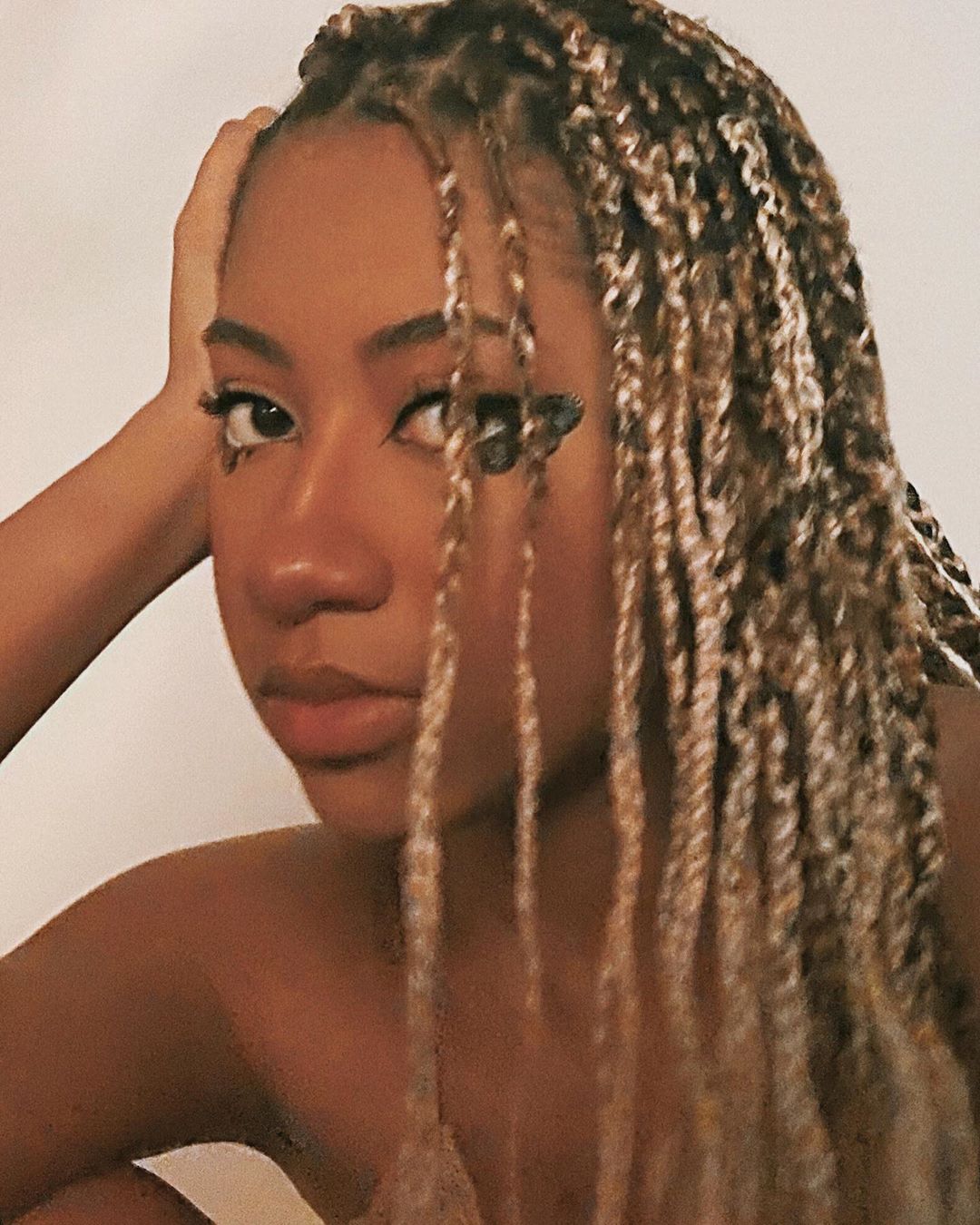 What was your journey towards studying Computer Science?

I started computer science at that program at NJIT during high school. Afterward, I wasn’t really sure what the next step for me and computer science was, so I took a year off from coding. After that year I actually found two amazing and free coding programs for girls, Kode With Klossy and Girls Who Code and I immediately applied for both. It was really comforting to know that the environments at those programs would be really similar to my first experience, seeing as I had so much fun at NJIT. At Girls Who Code and Kode With Klossy, my love for programming grew exponentially. I loved learning more and more programming languages, but I also fell in love with the amazing community around software engineering. At these programs, I actually started to believe that this could be a plausible career path for me.

After those programs, I decided to start the AP Computer Science track at my high school, which was a completely different experience. Coding became a super boring and limiting space and the environment felt less than inclusive. I went from coding websites about Glossier to programming car mileage calculators. I also felt really “othered” in the traditional educational space because there were so few girls and I couldn’t find a way to relate to my classmates. It was a gloomy period that filled me with trepidation about pursuing this path. I still ended up applying to college as a comp sci major, and now I’m at NYU! Here there is way more space to be creative and innovative.

In high school I was dying to just blurt out ideas and simply build them, where that was not feasible then it’s completely plausible here. In that way, the interaction I have with engineering here is much more high energy and engaging. At the same time, I confront the women in STEM bias in more palpable ways here, as I imagine is the case at any school or community with this age group of people. It’s a bit more startling and in your face than it was in high school, but I’m also a lot more confident in my abilities than I used to be.

If you had to describe ‘Computer Science’ in one sentence, what would it be?

At what moment did you realize there was a gender gap in tech?

I noticed how male-heavy the tech industry was in such a startling way the first time I attended the Worldwide Developers Conference (WWDC). WWDC is a week of learning hosted by Apple in San Jose, headlined by the infamous keynote that rolls out all of Apple’s new features and products for the year. On the first day of the conference, I was the most alienated I had ever felt in tech. I was on a huge line during registration surrounded by a sea of men.

I tried hard to pick out the women in the crowd and it was quite difficult. I was not only shocked but also incredibly disappointed that a huge powerhouse like Apple wouldn’t reflect a ratio we’d hope the entire tech force to embody. That was the first time I realized how lonely the tech field might get for me.

The whole week I only encountered one other black woman invited to attend the event, as in, not an Apple employee. I was crushed because I was holding onto a shred of false hope that perhaps the gender gap in tech was not as startling and problematic as everyone makes it out to be. It really, really is.

Have you had any personal experience with this?

I think after my WWDC catastrophe I started noticing the gender gap in tech a lot more. There’s just some unwavering belief within some people that women are by nature less than when it comes to STEM fields, which has never made sense to me. So for this reason, teachers would laugh at me for being so passionate about joining higher-level courses in high school and I just had an overall difficult time feeling included when there is still such a boys club in technology. It’s also tough as you get older and enter more adult spaces as a woman within a STEM field. Things get really inappropriate really quickly and it’s hard to have to go through that on a nearly daily basis.

If so, how did/do you overcome it?

It has not been easy to overcome all that comes with being a woman in tech. In some ways, I’ve been struggling with some of these problems all along and am more ashamed than I’d like to admit for not being as loud and perhaps direct as I’d like to be as far as voicing the trials I have faced personally within the industry.

It’s a hard thing to come to terms with, especially for me, because I often don’t want to be too loud or too disruptive because I am already a black woman that does not fit the stereotype of your average computer scientist (or whatever society defines that as) in any way. But posting these videos that are half-jokes and half realities of being a woman in tech has in a way relieved me from the sense of guilt I sometimes feel about calling out the culture in this industry. Something about posting on Tik Tok with funny sounds feels lighter.

What do you want to do when your studies are over?

I don’t know what I want to do when my studies are over! Maybe I hope to freelance so I can travel the world and have the time to write a lot more than I do now. Apart of me wants to get my master’s degree in cybersecurity at a university in Europe maybe. Another part of me wants to move to some tropical island and write a book. I’m really not sure but I have tons of time to figure it out. 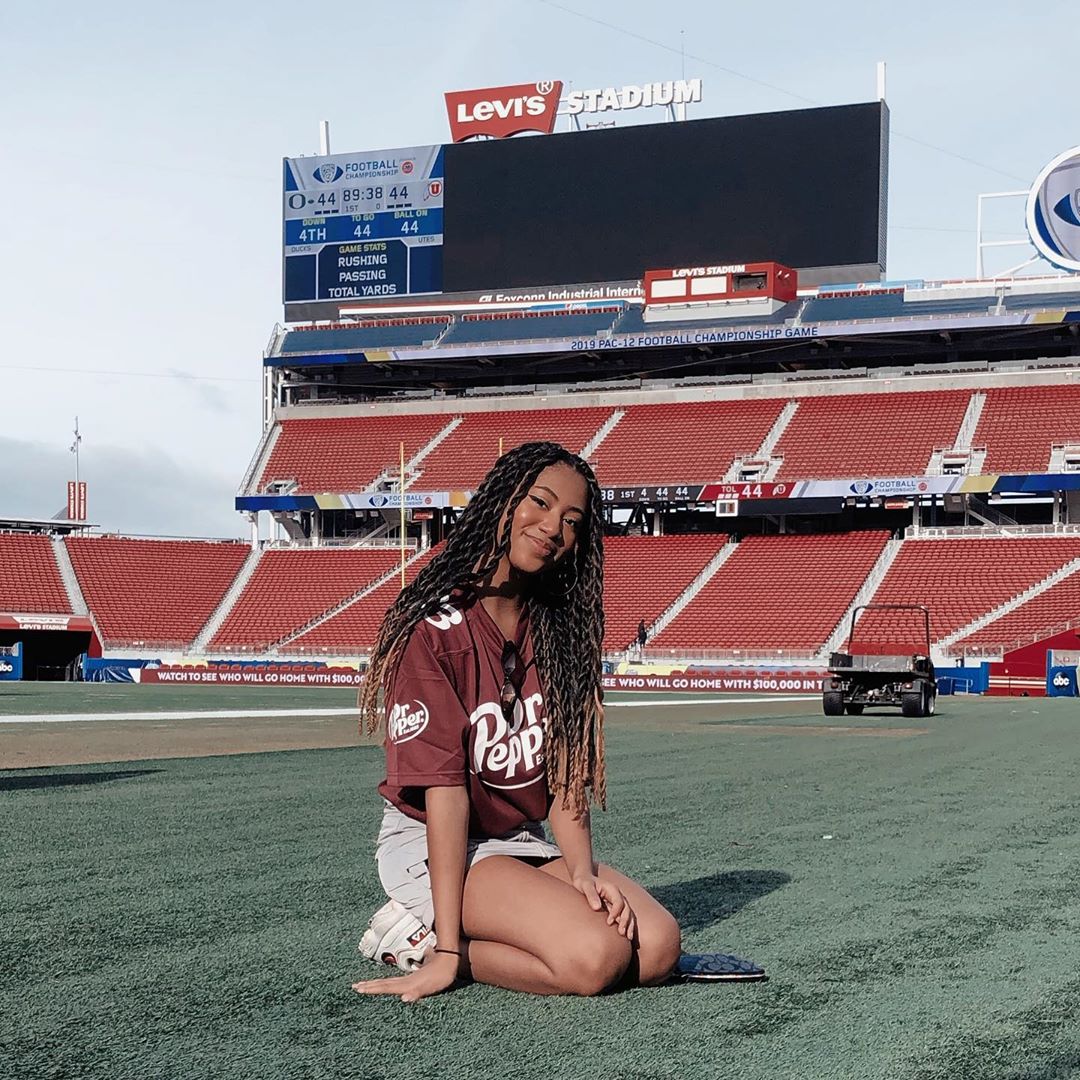 This year’s official International Women’s Day hashtag is ‘#EachForEqual’ – what does that mean to you?

I think Each For Equal represents exactly what it says, which encompasses the problem within gender equality so effortlessly because it is so clear cut. Women just want to be seen as equals. Within the space of technology, I think it means not only recognizing our talents and intelligence but also acknowledging the struggles we face and continue to face in order to be here.

Understanding and actively challenging the structures that are in place that set women back so much further when it comes to the tech industry.

Our personal hashtag for International Women’s Day is #SaveHerASeat. With this hashtag, we are calling people to action to save space for women in tech. If you had to use this hashtag in a sentence, what would it be?

‘If we don’t #SaveHerASeat in tech, we are limiting the minds that may hold the solutions to some of the world’s greatest problems.’

What advice would you give to a young girl who may be afraid/unsure about navigating the tech industry?

Two things: Ninety-five percent of technology and engineering is about failing. You fail, and fail, and fail again until eventually, you get it right. So never abandon resilience and the passion to attempt. Additionally, no one has a clue about what they’re doing. We’re all confused but are motivated to try abundantly, and sometimes recklessly.

The worst thing you could do is deter yourself from technology because you feel as though you aren’t smart enough. Coding is about creativity and the willingness to try. You could be the most intelligent person on earth but without patience and the ability to see a problem and really see it, intelligence is nothing. Computer science is infamous for looking extraordinarily more complicated than it is but once you learn the key principles you will have mastered every concept in every language.

You are way more capable than you think. The learning curve is steep but once you get there you can rule the world.

Are there any steps you think tech companies can take to make their workplace more inclusive?

When women speak up about something, listen, and after you listen be actionable.

We want to follow your journey! Where on the internet can we find you? (we would love to include links to your social media etc)