Written by: on February 15, 2019Tags: Inspiration, Women in Tech

Speaking at the launch of an action plan identifying the key skills challenges for the digital and creative sector, Steve Rotheram, Metro Mayor of the Liverpool City Region, today launched a schools programme to encourage more girls to go into the tech sector. 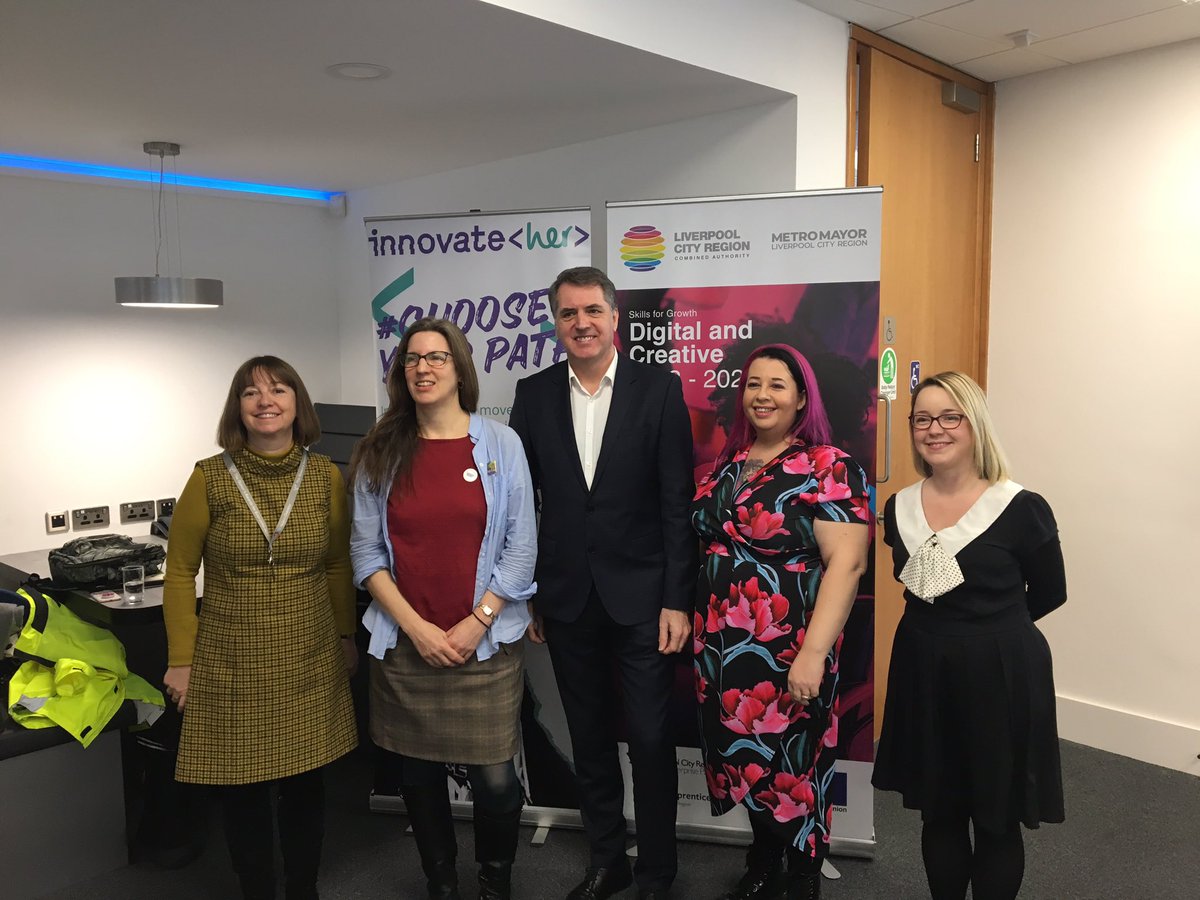 The Liverpool City Region Combined Authority has teamed up with local social enterprise InnovateHer to deliver a programme in schools across the city region, aimed at getting more girls into the digital tech sector and addressing the digital skills gap.

Only 20% of people currently working in technical roles in the Liverpool City Region are women.

The InnovateHer programme, which is an extension of Liverpool Girl Geeks, is designed to encourage greater equality and diversity in technical roles by giving girls in Year 8 access to the skills and confidence they need to pursue a career in technology.

Supported by the Mayoral Priority Fund, the programme will run in six schools this year – one in each of the city region’s local authority areas.

The eight-week programme will be led by female mentors from the tech sector who will act as a role models and work with girls in year 8 to inspire them to choose Science, Technology, Engineering and Medicine (STEM) related subjects at GCSE and A level.

The InnovateHer programme also aims to address the gap between the digital skills the industry requires and those that schools currently offer and to give girls an insight into careers in the tech sector.

As well as careers advice and mentoring, the programme covers in demand tech and digital skills such as UX design, programming, persona mapping, pitching and marketing.  It also focuses on building confidence and improving self-belief through mentoring.

“We know that girls are doing really well academically at school and often outperforming boys but they are still hugely under-represented in the digital and tech sector.

“As a city region and as a country we cannot afford to miss out on this huge pool of talent as girls and young women are lost to this vital sector as a result of choices they make at the age of 13.

“That is why this project is potentially so important – we know that in order to make a difference we need to engage with girls to spark their interest and give them the self-confidence to choose to study STEM-related subjects.”

“Traditionally, there has been a perception that girls aren’t suited to technology-based roles. Gender-bias is instilled in girls from school age in many ways.

“For example, pioneering female technology innovators are rarely discussed and most technology roles are already dominated by men, which perpetuates the myth that women aren’t suited to these roles.

“However, nowadays, digital skills are needed in every business, whatever the sector. Whether it’s building websites, graphic design, or computer games design, there are a huge range of careers and opportunities available in the digital sector and we need to ensure that girls aren’t missing out.”

The Combined Authority has invited schools across the Liverpool City Region to submit an expression of interest for the programme, which will start in April.

The announcement was made at the launch of the “Skills for Growth Action Plan: Digital and Creative”, which took place on Friday, 15 February at Clickworks in St Helens.