Our proud member Liverpool Football Club (LFC) needs no introduction. Over the past 100 years, LFC has established itself as a force to be reckoned with in English and European football, but did you know that they also have a digital media team made up of over 70 people? 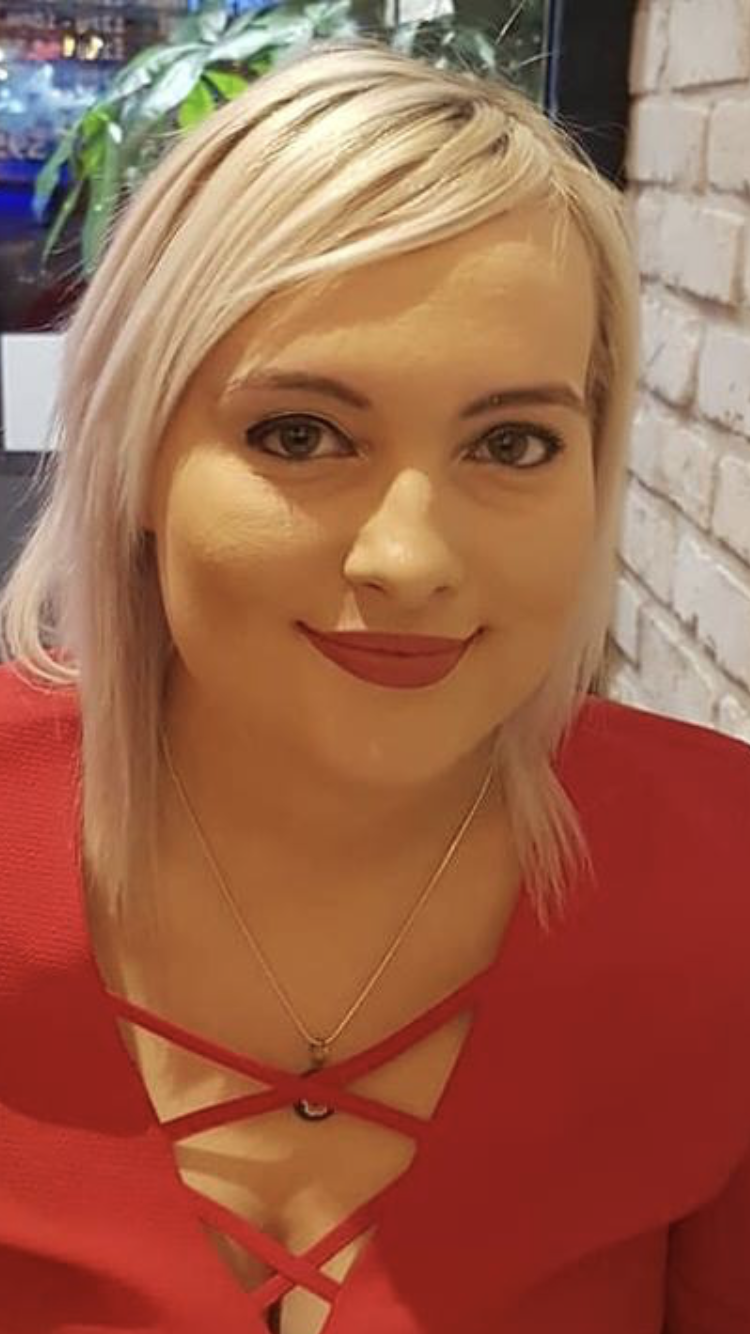 In this feature, we’ll share the story of one of the incredible women working in production as part of their Digital Media Department, Laura Clutton. We talk to Laura about how she got to work for a premier football club in such an exciting role, and her top tips for those wanting to get into the industry. Read on to find out more…

Can you briefly tell us at your job role involves?

I’m a Senior Specialist, Lead Technical Operator. My role is very varied, in my team we are multi-skilled operators that cover VT playout using replay systems, we do sound mixing on all of our shows and live match days and we operate live match graphics. We are responsible for MCR (Master Control Room) server-based operations; supervising broadcast services and scheduled transmissions of live and recorded programming on our domestic, international and online platforms. We do some studio camera operation and lighting. I work closely with the station engineer on new project plans and technical requirements. We also do live OB (outside broadcast) matches from an OB truck for u23 and u18 games.

Every day is different and every day is a challenge. We have different studio shows throughout the week; we broadcast a pre-match show, live commentary during the game, and a post-match show. We broadcast different analysis features using graphics systems to analyse each area of each game. It’s my job to supervise the technical team on a day-to-day basis and make sure that we’re up to date with the latest software/technology that we are using and are constantly developing our knowledge together.

What led you to LFC and how did you get here?

I went to the University of Greenwich to study TV and Film Production. Whilst I was still studying I was freelancing as a camera operator, filming live music festivals, national events, sports. I was very lucky that I got thrown straight in at the deep end! It was a really good experience that was quite varied.

I then went on to work the Olympics for three weeks as a Support Services Assistant, supporting production and their Production Manager for the Women’s Football in Coventry. That was where I first discovered how outside broadcasting works within an OB truck. Following that I got a short freelance contract working on two films, ‘Britain in a Day’ and ‘Japan in a Day’, as an Editorial Assistance for Ridley Scott’s production company. Afterwards, I started filming more sports events as a freelancer.

I finally moved and started working at Everton FC. Whilst I was there, I was a Camera Operator and Editor for their online channel as part of a small team. I’d film interviews with the players and managers, creating features, editing them and then uploading them to their online platforms. I was there for a couple of months, then I moved to Liverpool FC as a Technical Operator.

I was doing a lot of camera-based work when I started but now my focus is in the gallery and studio at the office in Chapel Street. Alongside working at LFC, I went and did my teaching degree (PGCE) at the University of Huddersfield for two days a week, through the City of Liverpool College locally. Once I graduated I taught at Liverpool College once a week and did a couple of lectures at LJMU. I’ve been at Liverpool FC for five years now.

Have you always been drawn to sports tech?

Not really, I sort of fell into football! But once I started filming sporting events, I realised I enjoyed the adrenaline rush of being under pressure and never knowing what’s going to happen. You’re working under pressure all the time with tight deadlines and when things happen you’ve got to react quickly and make decisive decisions. Now that I’ve started working in sports tech I don’t want to leave. 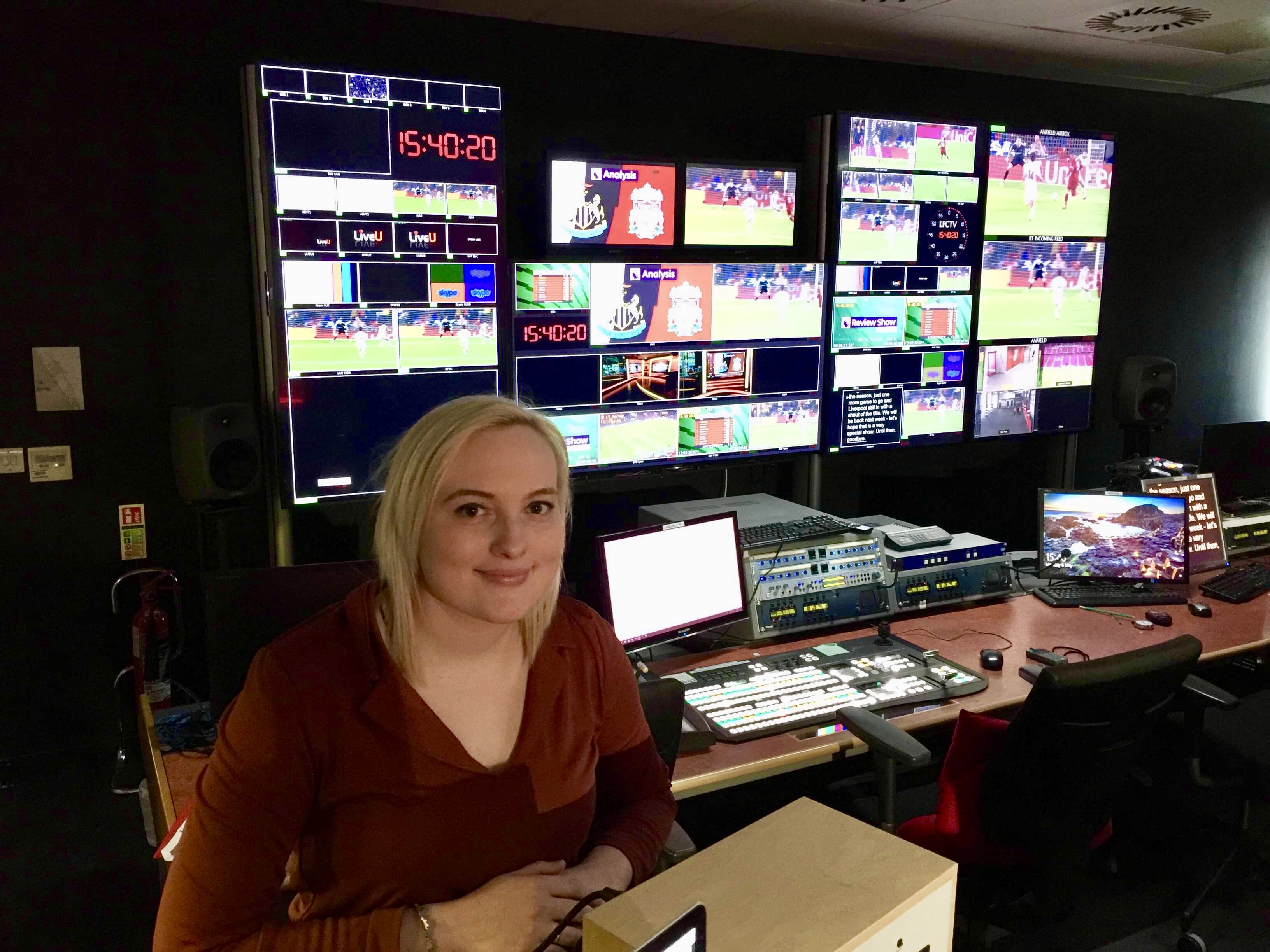 What does an average day look like for you?

Every day is completely different. A match day, for example, depends on what role you’re on. You could be on sound, VT’s, at the ground assisting with the sound rig, operating match day graphics or MCR. On these days, we do a pre-match show so depending on whether you’re working on visuals, sound or graphics, you could be prepping all of the VT’s and taking in live pictures from the ground, or setting up all the mics in the studio doing some testing and patching everything up, or making any graphics that are needed before the game.

During the game it’s down to whatever happens, you’re following the running order provided by the producer and following directions from the director. We’re on air for a long time on a match day, an hour before kick-off, all the way through the game and then an hour after the game, so concentration is key.

What skills do you think you need to do your job?

Rather than attaining certain skills I think it’s more important to gain as much experience as you possibly can. You constantly build on your technical skills on the job, so you don’t necessarily have to come in with a lot of technical knowledge. I am not technically minded by nature.

You have got to have the enthusiasm, eagerness and willingness to learn. A lot of skills in technical roles are transferable. Also, you’ve got to have an interest in how things work and operate.

What’s your favourite thing about working for LFC?

There’s a number of things actually; such as the diversity of roles I can fulfil on a day to day basis. As technology constantly changes, you’re always learning new skills.

We’ve got a nice close-knit team, there is a real ‘family feel’ to our department.

I also love the adrenaline rush that you get on live TV and how unpredictable it can be!

Do you have any role models in the tech/digital sector and why do you look up to them?

There’s not much visibility in terms of female role models in TV, especially in technical roles. But I enjoy watching TED Talks and I was really inspired by Dame Stephanie Shirley’s talk. In the 1960s she set up her own programming firm and she went by the name Steve because she found it difficult to get work and progress as a woman in the tech industry back then. I think people like that who have paved the way to make it more achievable for our generation are really important.

I admire people like Phoebe Waller-Bridges who wrote Fleabag and Killing Eve. It was recently announced that she’s going to co-write the next James Bond. I think it’s amazing to see what she’s achieved and how she has been instrumental at providing women with opportunities behind the camera. 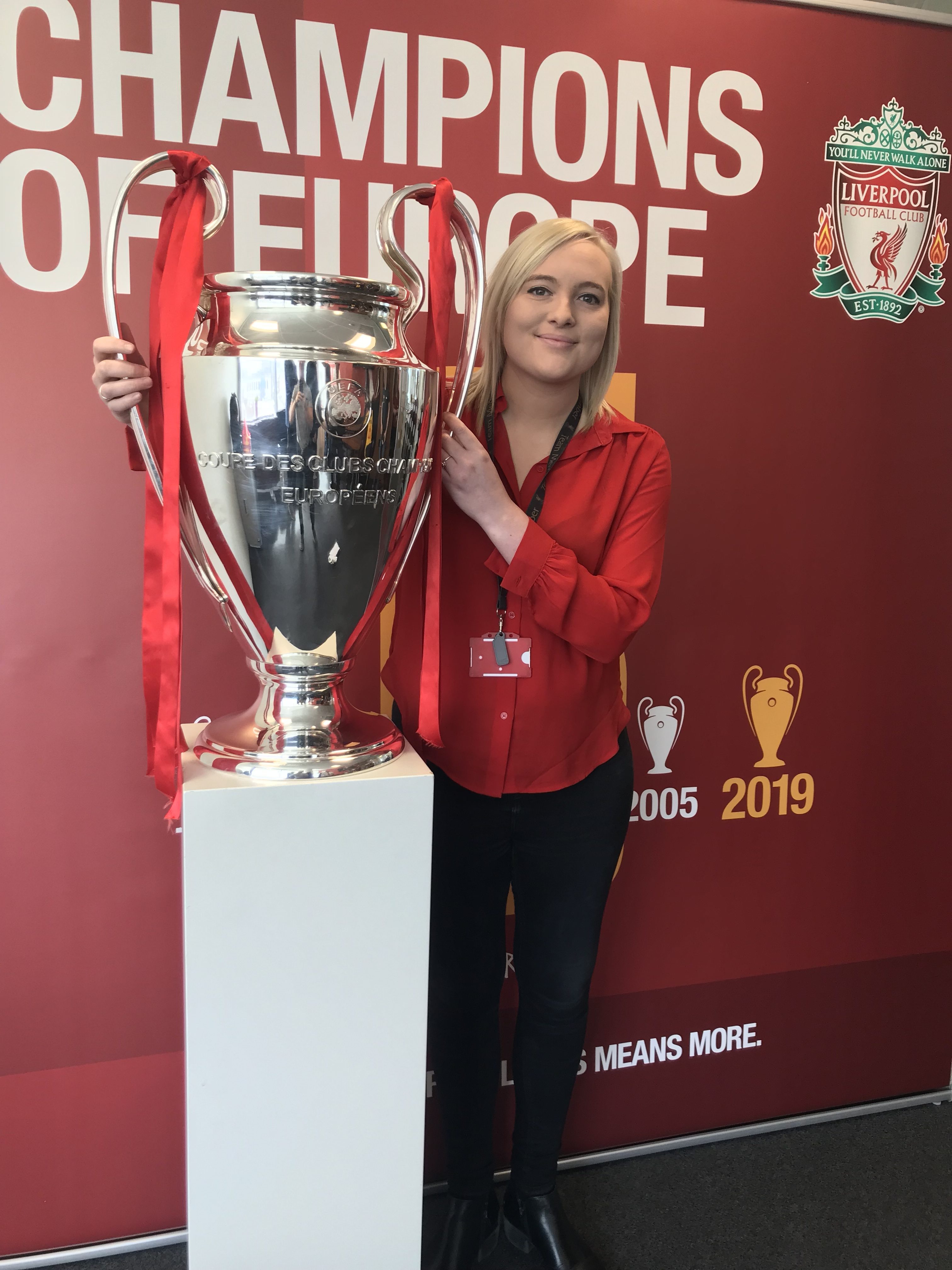 Any advice for anyone who might want to do this as a career?

Knowledge is power; so learn as much as you can. Build on your strengths and have a willingness to continue to learn.

Be productive in looking for opportunities and don’t give up when looking for them, sometimes they’re difficult to see.

Don’t be too specific in what you look for, because often in media your path can go off into different directions!

Interested in roles at LFC? Check out their vacancies.