How patriarchy REALLY affects men (from a male viewpoint)

InnovateHer offered me the opportunity to write this blog on patriarchy, and how it affects men today, from a male perspective. I jumped at the chance, because whilst we often talk about the negative impacts of gender stereotyping on women, the negative consequences for men are generally discussed less. And yet patriarchy continues to impact heavily in the lives and work of both genders in the technology (and other) industries.

For those unfamiliar with the term, a quick Google/Wikipedia definition feels in order:

Patriarchy is a system in which males hold primary power and predominate in roles of leadership, whilst women are largely excluded. Patriarchy grew out of a desire to create power and control in civilisations. Most contemporary societies are, in practice, patriarchal.

Whilst we could discuss how far things have (or haven’t) come, it’s fair to say that men and women are working and living today in a culture whose origins are rooted in patriarchy – and this continues to have wide influence in our lives today.

Patriarchy imposes gender expectations on both men and women that must be met in order for the system to work. Which equates to an ever-present cultural pressure on both sexes to match-up or conform to gender expectations. For women this may be to be perfect at work and home, and look great doing it. For men it can be to never show any form of weakness.

The cost of acting tough

For men it can be such a taboo to show weakness, that to avoid showing difficult feelings we suck it up, laugh it off, get aggressive, or self-medicate – coping strategies that have been passed down through the generations. Indeed, appearing weak can seem so shameful that many men will endure almost any level of suffering before speaking up – unhappiness, poor relationships, discontent in work, suppressed (or not) anger. It’s no coincidence that suicide is the highest killer of men in the UK under the age of 50 – and that men are four times more likely than women to take their own lives.

The tragic catch-22 here is that when we need to speak up most, this “male” mindset may be so entrenched that we may not even recognise our own suffering, so we hide more, suffer further, and the sorry mental health statistics tell the rest of the story.

Indeed, it’s notable that this conversation here about men’s wellbeing was started by a request from the women at InnovateHer. For us men, it sometimes feels like we could wait until the next millennium bug comes around before we start getting some of these issues out on the table.

Vulnerability is not weakness

What this is really all about is vulnerability – and the idea that for men to show ourselves to be vulnerable is to be weak.  Instead, we have to get over this idea that vulnerability is weakness. Because when we find the courage to talk about our feelings and problems with trusted others (i.e. when we risk being vulnerable) we discover that we aren’t alone, and that our world does in fact go on when we allow a more authentic version of ourselves to be seen.

The wonderfully liberating thing about this realisation is that our true needs and desires often reside in the most vulnerable parts of ourselves – and when we allow ourselves to speak them we start to get more of what we really want and need. So we become happier and more fulfilled by engaging with the world as our authentic and imperfect selves – and not as the stereotype we thought we should be. As the disconnect between how we feel on the inside and what we project to the outside world lessens, so we feel a greater ease of being, less anxiety, more contentment, and we become progressively more comfortable in our own skin. A truly virtuous circle.

So challenging the emotional straightjacket of the masculine stereotype is the key for many men to better mental health, more fulfilling relationships, happiness and contentment. In the digital and technology industries, our working environment and culture have a vital role to play in this endeavour. But how much authenticity and emotion is OK at work?

Be the truest version of yourself

InnovateHer asked men in the industry for their experiences, and the answers were diverse. In practice, how much people feel OK to offer a more genuine version of themselves will vary for each individual, and from company to company. In the journey towards a more accepting company culture, the example set by senior leaders is hugely influential, and the surrounding company environment a vital catalyst. This journey isn’t a one-time away day hit, but a daily practice led from the top table – a progression towards a way of being as a company that everyone can live and breathe.

My own direct experience is that expressing emotions and professionalism are two different things – we can be professional and allow larger parts of ourselves to be seen in work. We only learn this through practice, making the attempts, and at times suffering setbacks. But no doubt the happiest I have been in my work is when I have been the truest version of myself.

If you remain unconvinced of the importance of this work, I invite you to consider the following:

We’re in this together

This isn’t all about men. As gender boundaries have shifted, women have taken on roles that were formerly the sole preserve of men. And in doing so, women in business may adopt some of the traits required to enforce the patriarchy, that were previously stereotyped to men. Which also means that the issues described above can now be a challenge to women as well.

Finally, for women reading this article, I’ve talked about the pressure men can feel to be invulnerable, and not seen as weak. It could be easy to attribute the need to change solely to men – but how much do you enable the men around you to be vulnerable? And is there a part of you also wedded to the idea of the strong invulnerable man, who gets on with it and never complains?

Stereotypes can be re-enforced from all quarters, and dismantled just the same.

Ultimately, it’s about people and not genders – understanding and prizing our differences so we can move forward together. 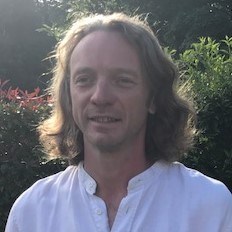 John is a psychotherapist, business coach and adviser.  He has spent nearly 20 years working across the digital and technology sector, and is a former director of Mando, who he continues to work closely with. For the last 10 years he has trained and worked as a psychotherapist and coach, which is now his primary focus. Visit his website at www.clearprogress.be.  John turns 40 this year, and is continually amazed at how life has a way of giving us what we need.