Together We Rise – Two Years Since The First Women’s March

I arrived in the city that never sleeps on that dreaded day, Trump’s Inauguration Day. The sense of fear and despair was ever-present in the air; trickling through the concrete jungle that is New York City and seeping into every nook and cranny like the rain that plagued the city that gloomy day. As I sat in a small, dimly lit bar – illuminated only by glaring television screens bearing the new President’s orange-tinted face – I couldn’t help but wonder how an unqualified, misogynistic man had just acquired one of the most powerful positions in the world. 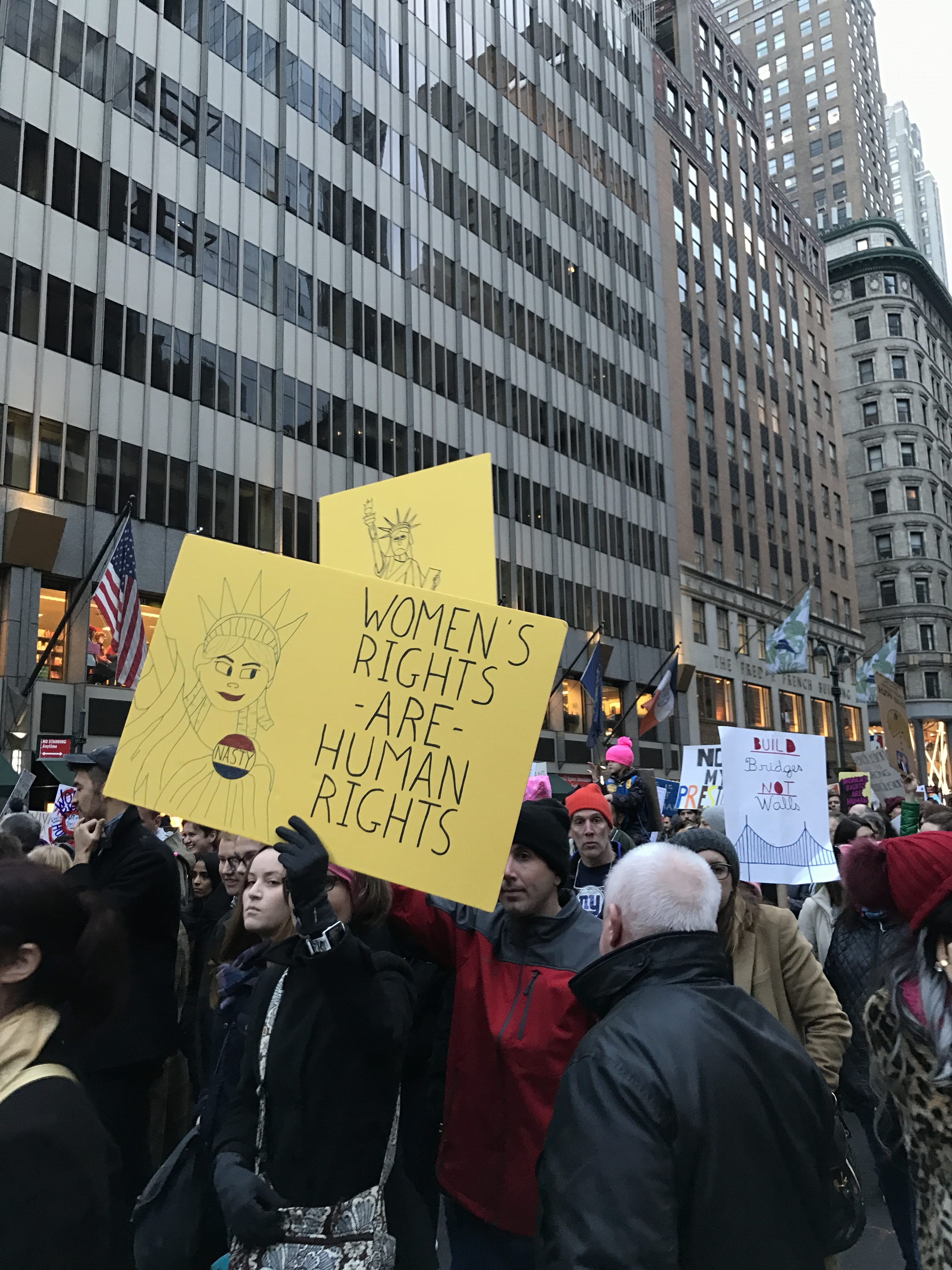 Twenty-four hours later, the city was a very different place. Protesters, women and men, littered the streets, each conveying a message of equality, respect and compassion for all. It was the 21st January 2017 and this was the Women’s March – one of the largest political demonstrations in recent US history. Whilst this symbolised the rising wave of post-Trump feminism, it was merely a ripple in the murky waters that have drowned women for generations. 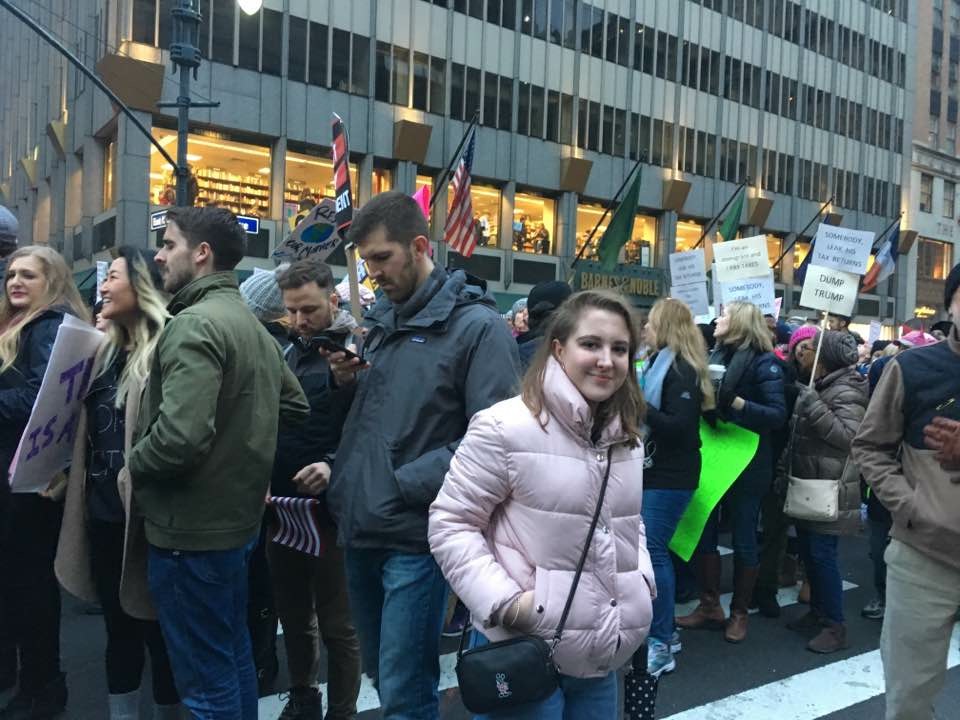 The energy on 5thAvenue was electric, fuelled by anger but also by a heap of girl power. The infamous street echoed with chants of “this is what democracy looks like,” and “we are the popular vote.” I was blown away and overcome with emotion by the sheer mass of people who had gathered to advocate for equality for all. 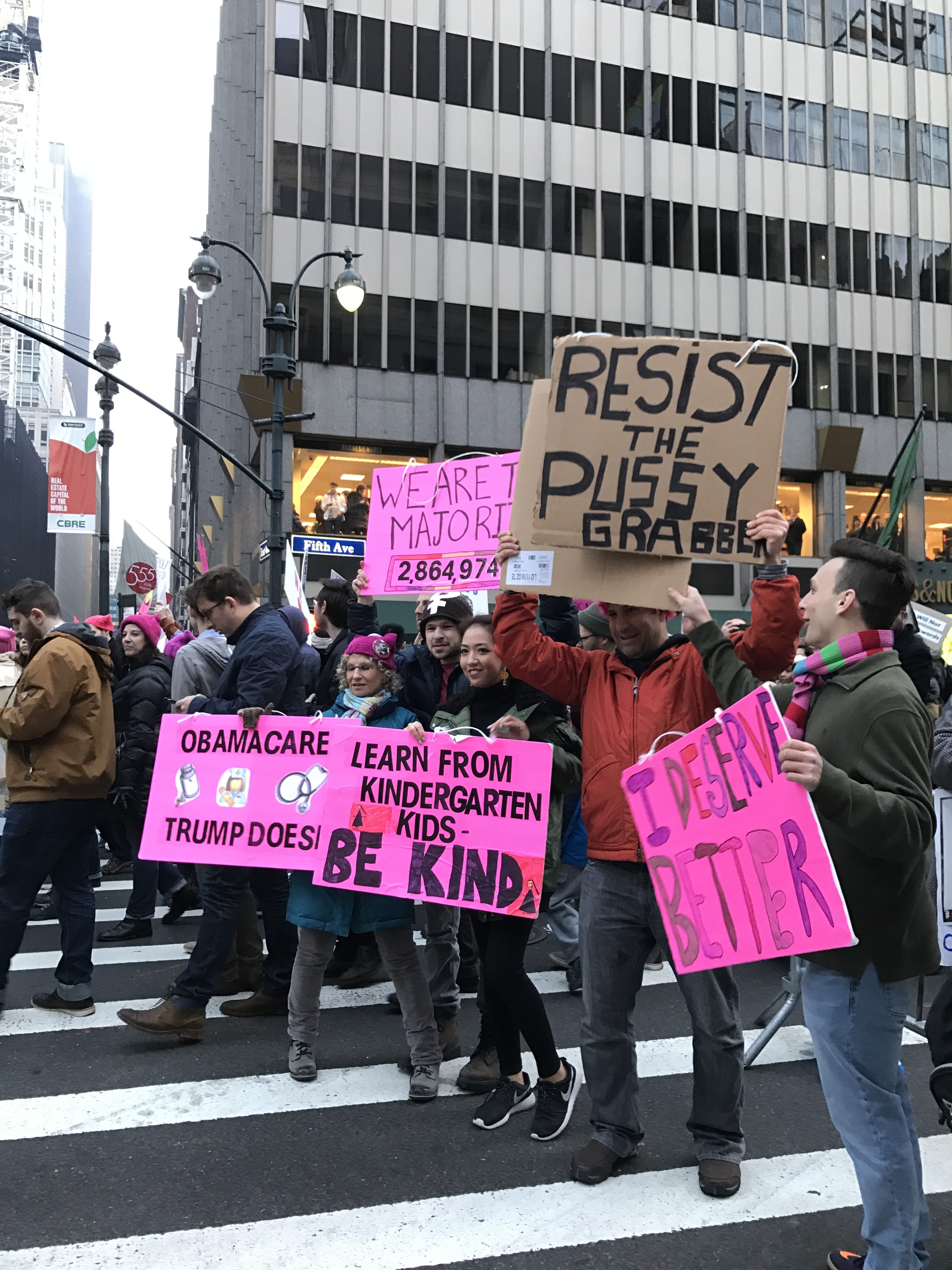 It was humbling to be a part of the 300,000-people walking in New York City that day and the 2.9 million people marching across America, in the country’s biggest march in its history. The march and its message are close to my heart as a young woman in the 21st century and as an advocate for equality for all. It is an experience that will remain with me for the rest of my life.

I remember vividly the cold, grey January day when we gathered on the steps of St. Georges Hall here in Liverpool. It was one of those Saturdays when it was extremely tempting to stay at home with a cup of tea under the duvet and pretend the world doesn’t exist. But with Trump newly inaugurated this was our moment, our time to make a stand. So I dragged myself outside wrapped in woollens, to join the crowds. It was time to make a peaceful statement and tell the world that it’s not OK to treat anyone differently because of their gender, age, race, religion, sexual orientation, disability or background.

Because action is necessary for change.

It was reported that around 1,000 people marched in the sister rally in Liverpool. Whilst this is small in comparison to the turnout of other cities, there was nowhere in the world I’d rather have been that day. I went on my own, expecting to stay on the periphery of the crowd and soak it up quietly. Instead I ended up in the thick of it all, holding someone’s placard for them when their arm got tired! In true Liverpool community style, everyone was friendly and wanted a chat. I found myself getting emotional after being hugged by someone I’d just met.

As always, I felt proud to call Liverpool my home. Not only because we were one of the few cities in the UK to organise an event outside of London, but also because of the placards and signs which were on display. There can be no doubt that Scousers know how to rock a demonstration with humour and style!

Here’s a couple of the best of them: 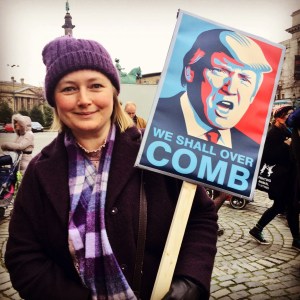 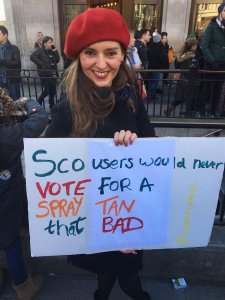 Two years on – what does it all mean now?

The first women’s march in 2017 was a catalyst. The feminist movement was already well established but in 2017 the pace accelerated. The march bought to the fore so many gender and equality related issues which had remained unaddressed for some time, for instance the gender pay gap, which got a lot of media coverage last year. It provided a positive outlet and a means of expression for all of us who were grieving over the Presidential election and the constant talk of Brexit.

The women’s march campaign was well organised and executed, with over 5 million people turning out globally. In fact, The New York Times reported that the Women’s March crowd was estimated to be three times the size of Trump’s inauguration. It was one of the most inclusive and accessible political protests to date.

In a world where the most powerful man is a blatant misogynist and austerity measures here in the UK impact upon women harshly, we need feminism now more than ever. We need it so bad. We must continue to join together in solidarity to fight for equality.

After the women’s march that seemed to happen more and more frequently. Just look at the recent examples of the #metoo and the #timesup campaigns. It feels like the march reignited the feminist movement and that needed to happen. So let’s keep up the momentum.

Together, we will rise. 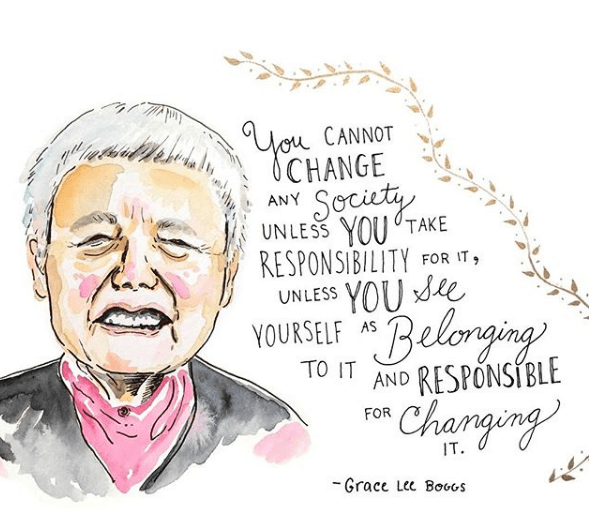 Artwork by the incredible Kimothy Joy

If you’re joining the women’s march on January 19th 2019, use the official hashtag #WomensWave in the US and #WeAreChange in the UK and tag us in on social media: @innovateheruk.

If you want to read more stories and first hand accounts from the women’s march, you can buy the beautifully illustrated official book Together We Rise, which the organisers have created in celebration of the one year anniversary. It includes exclusive photographs, commentary, interviews with the organisers and essays on feminism.